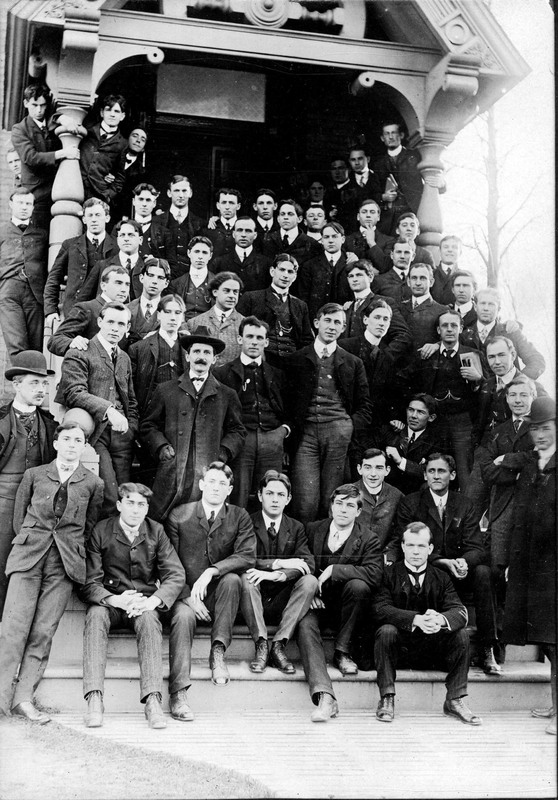 In the History of Medicine Collection at Western Archives, the Faculty of Medicine Calendars provide a wealth of information about the requirements and expectations placed upon students entering the medical program. Here is a brief look at the information contained within the 1914 and 1940 calendars.

Although the requirements for entrance into the Faculty of Medicine at Western University seem easier in light of modern requirements, the number of students who had the opportunity to complete elementary education and attend university was much smaller due to financial and social constraints. For the Faculty of Medicine's 1914 entrance requirements, a degree from a university, a passing junior matriculation certificate from the Department of Education Ontario, and a certificate in Latin were the minimal requirements needed. However, additional work was urged.

In the 1914-1915 school year, the expectations for personal conduct were high. During lectures if a student was found to be too distracting due to noise or disorderly conduct, the student would be asked to leave the class. If this behaviour continued, the student would be reported to the Chief of the Department of Medicine who, depending on the severity of the behaviour, would reprimand the student or send them before the Executive Committee. The Executive Committee had the power to impose fines, restrict the student from competing for prizes or honours, suspend or even expel the offending student. The Code of Conduct helped to shape the Faculty of Medicine students into professionals who would be respected in the field.

Attendance in 1914 was mandatory. All medical students were expected to attend 80% of lectures and 90% of all labs. If this requirement was not met, students would not fail their year but their admission to sessional and final exams would be forfeited.

Marks for each class in the 1914 Faculty of Medicine Calendar had to be 50% or higher per course to pass. An average of 60% in all classes had to be maintained as well.

Fees are equally surprising when modern examples are compared. Tuition per year, in 1914, was $100. Lab fees ranged from $2 to $3 and materials, such as microscopes, cost $2 to $3 as well. For a year at the Faculty of Medicine, a student would be expected to pay less than $200. 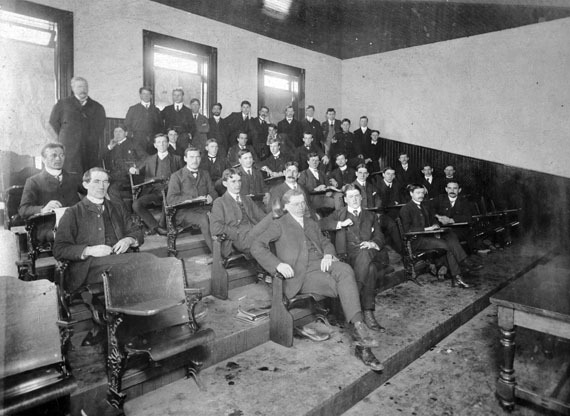 The Faculty of Medicine students at Western had a set timetable developed by the Department for each year of their schooling. In 1914, the first year student first semester timetable consisted of: histology, physiology, chemistry, gross anatomy, physics, and biology. The second semester consisted of lab work in gross anatomy and chemistry, in addition to lecture time in physics and biology.

As time moved on and new theoretical and instructive techniques grew, the Faculty of Medicine's timetable changed. For example, the 1940 Faculty of Medicine Calendar's first year timetable was significantly different than its 1914 counterpart. The first year students would take course work in physics, English, biology, physical training, French or German, and library science for both semesters.

The History of Medicine Collection at Western Archives contains several lecture and class notes from Western Medical School and other western Ontario schools. These notes provide the reader with a glimpse into the effort that must have gone into the study of medicine both from a student and faculty perspective. An example of this can be seen with the lecture notes from Dr. A. Craig, Superintendent of the Queen Alexandra Sanitorium.

The first medical degree from Western University was conferred in 1883 to Dr. William J. Roche. Although the convocation program changed throughout the years, its schedule typically included the conferring of degrees, award and scholarship presentations, a Valedictory Address, and a speech by a professor or an invited dignitary. It was meant to be a formal event, but was often full of student participation and pranks. At times, this included over-ripe tomatoes being thrown at graduates.

Convocation was held at different locations in its early years, including the YMCA Auditorium, the Majestic Theatre and Convocation Hall in the Arts Building. Eventually, convocation was moved outdoors to J.W. Little Memorial Stadium to accomodate growing numbers in 1932. In 1967, Alumni Hall became available for large indoor ceremonies again, but the ever-increasing number of graduates required five days for Convocation.

In the 1914-1915 Faculty of Medicine Calendar, a rule on conduct required all students at the beginning of the year to make the following declaration:

I hereby declare that while I am a student in the Western University Medical Faculty, I will not take part in the "initiation" or hazing of other students, or any similar proceedings, by whatever name it may be called, on the University premises. I purpose to attend the said University on the distinct understanding that if I am found guilty of voluntary participation in the kind of misconduct above referred to, or in the intentional disturbance of lectures, demonstrations, or University Convocation, or deliberate breakage of or injury to the property of the University, I shall forfeit my standing in the University and fees that I may have paid.

Although this rule was created to curb initiation practices, because the medical students cleverly held the initiations off campus they had the opportunity to engage in this tradition. Two weeks into the fall semester, the sophomore class was taken to the town center, stripped of most their clothing and doused in lard and sawdust. The initiates were forced to make speeches about their life before school and made to perform gymnastic and acrobatic feats. Although the initiation was discontinued before WWII, initiations became a part of Western University's program of events for all students. 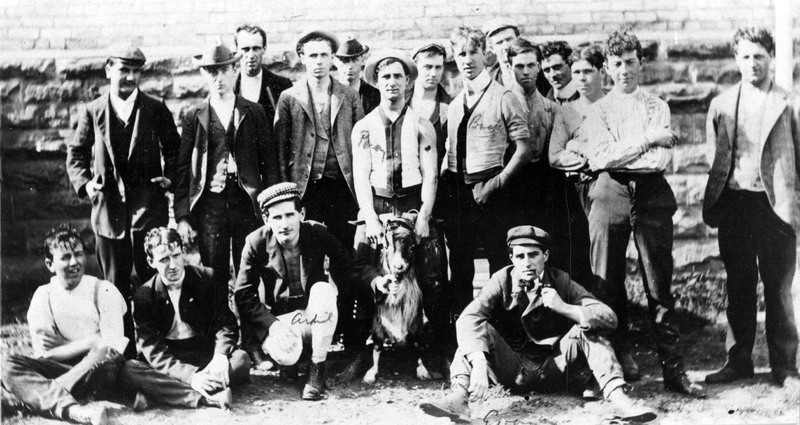