Dr. Frederick Winnett Luney graduated from Western's medical school in 1914. He accepted a position at St. Joseph's Hospital before being appointed to the Institute of Public Health's Pathology and Bacteriology Department. From 1917 to 1927 he served as a senior pathologist at the Institute of Public Health. In 1927 he resigned to organize laboratory services at St. Joseph's Hospital.

Dr. Luney had a long career both as a lecturer and pathologist in the London area.

Dr. John Macgregor was born in 1882. He graduated from high school at an early age and that prohibited him from immediately attending medical school. Due to his keen interest, Dr. Macgregor attended lectures before being allowed entrance to the Faculty of Medicine at Western. Dr. Macgregor graduated in 1892 and started a rural practice near Chatham before moving to Nebraska. In 1902 he opened a practice in Dutton, Ontario before moving to London where in 1904 he began teaching pathology and bacteriology.

Dr. Macgregor retired from the Faculty in 1925 and continued to practice medicine. He was awarded the LL.D. in 1931. Dr. Macgregor died in 1939 and due to his service to the Faculty and medical community, a memorial fund was created upon his death that is used for the annual John A. Macgregor Memorial Lecture in Pathology.

Dr. A. D. McLachlin was born in St. Thomas in 1908. He graduated from The University of Western Ontario's medical program in 1932. He interned at Toronto General Hospital and spent three years in the Gallie Course in Surgery. He accepted a two year surgical residency at Toronto's Hospital for Sick Kids. Dr. McLachlin joined the No. 10 Canadian General Hospital in 1942 and in 1944 he was placed as Head of the Surgical Unit.

In 1972, Dr. McLachlin transferred from Victoria Hospital to University Hospital where he held the Richard Ivey Chair of Surgery. He retired from the position in 1974. Dr. McLachlin continued to lecture in the Department of Surgery for several years where he assisted students in the preparation for medical exams. 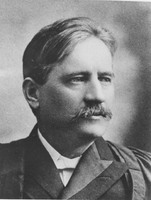 Dr. Henry Meek was born near Fingal in 1854. At Western's Faculty of Medicine, he taught materia medica and therapeutics until becoming a full Professor of Obstetrics and Gynecology in 1913. Graduating with a silver medal from the University of Toronto, Dr. Meek practiced medicine in Port Stanley before moving to London, Ontario.

Upon the death of his wife, an endowment was given to Victoria Hospital to create a pathological laboratory for the use of the hospital and Western's Medical School. The Hamilton King Meek Laboratory was opened in 1941 and remains in use to this day. 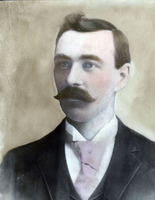 Dr. William J. Mitchell was born in London in 1864. He apprenticed with Dr. John Wishart and studied medicine at the University of Toronto before registering at Western when the medical school opened. Graduating with a gold medal in 1885, Dr. Mitchell demonstrated in the dissection room until 1889 when he was elected Chair of Anatomy. 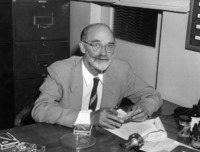 Dr. E. G. D. Murray was born in Johannesburg, South Africa. He received training from Cambridge University. He accepted a teaching position at McGill University in immunology and bacteriology and taught there for 20 years before becoming a lecturer at The University of Western Ontario in 1955. 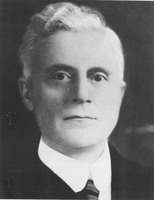 Dr. Charles F. Neu was born in 1866 near Delhi, Ontario. In 1894 he graduated with a gold medal from Western's Medical School. Dr. Neu was appointed Instructor of Pathology at Western. In 1902, upon the division of histology and pathology into separate fields of study, Dr. Neu accepted a professorship position in Pathology.

Dr. Neu remained in the pathology position for a year and subsequently accepted a placement at Indiana State Hospital for the Insane and a Professorship in Neuropathology at the University of Indiana. 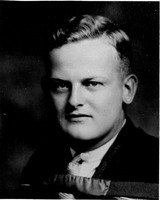 In 1947 Dr. Noble accompanied by Dr. Collip, accepted a position at Western. Appointed Professor of Physiology in 1949, Dr. Noble became Associate Head of the Department in 1951. Dr. Noble retired in 1957.

Dr. George A. Ramsay was born in Harriston, Ontario in 1880. He entered Western's Medical School in 1910. Following an internship at Victoria Hospital and Presbyterian Hospital in Chicago, Dr. Ramsay returned to London and opened a practice in 1913. In 1915, Dr. Ramsay served with the No. 10 Canadian Expeditionary Force and spent four years in France and England.

In 1931, Dr. Ramsay became Acting Head of the Department of Surgery and in 1932 he became the Department Head of Orthopedic Surgery. From 1946 to 1947, Dr. Ramsay served as President of the College of Physicians and Surgeons of Ontario. He was honoured with an LL.D. degree from The University of Western Ontario in 1948.

Dr. Roger Rossiter was born in Glenelg, South Australia in 1913. Obtaining an early education in Queensland and South Perth, Dr. Rossiter received his B.Sc. in Science and Mathematics in 1934. He was accepted into Oxford University as a Rhodes Scholar and completed a B.A. in Physiology and Biochemistry in 1938.

In 1947 he accepted a position in the Department of Biochemistry at Western University. Dr. Rossiter was accompanied by his wife, Dr. Helen M. Rossiter, a physician and instructor in the Department of Anesthesia at Western. Dean of the Faculty of Graduate Studies from 1965 to 1969, Dr. Rossiter also held the position of Vice President and Provost of the University from 1968 to 1974.