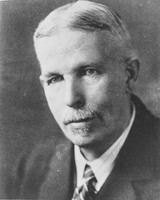 Dr. Walter M. English was born in Goderich in 1861. He studied medicine at Western for two years and then transferred to the University of Toronto graduating in 1886. After a year of postgraduate work he established a practice in London. Dr. English took the position of Professor of Toxicology and Sanitary Science at the Faculty of Medicine. He held this position for 11 years and then resigned to accept an appointment as Superintendent of the Hospital for the Insane in Hamilton.

Dr. Robert Ferguson was born in Ottawa in 1858. He graduated with a B.A. from Queen's University and was also awarded a gold medal. Dr. Ferguson began training as a Presbyterian minister. Finding that ministry work was not his calling, Dr. Ferguson began teaching in Owen Sound, Woodstock, and then London where he began taking courses in medicine.

Dr. Ferguson graduated with an M.D. in 1890. In 1896 he joined Western's Department of Therapeutics. He completed postgraduate work at Western Reserve University and New York Postgraduate School and returned to Western to focus his instruction in gynecology and obstetrics. In 1920 Dr. Ferguson was promoted to Professor of Obstetrics and Gynecology . 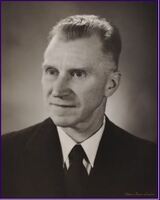 Dr. John H. Fisher graduated from Western's medical school in 1922. In 1927 he became a Professor of Pathology and Bacteriology. He became the Head of the Department in 1929. In 1940, Dr. Fisher also held the position of Regional Forensic Pathologist for Middlesex County.

Dr. Fisher retired from the University in 1965 after a 43 year career. 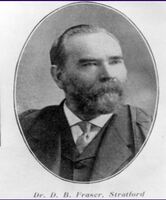 Dr. Donald Blair Fraser was born in 1848 near Stratford, Ontario. He taught for six years in rural schools before studying medicine at Trinity Medical School. He received an M.D. from the University of Toronto in 1874 and accepted two gold medals upon his graduation. He completed postgraduate work in Great Britain and practiced medicine in Melbourne, Australia before returning to Stratford in 1876 where he practiced medicine until his death in 1933.

Elected as Chair of Normal and Pathological History in 1885, Dr. Fraser taught at Western University for 22 years. He was awarded an honorary LL.D. degree in 1928.

A member of the Department of Surgery, Dr. A. J. Grant was considered an eloquent speaker and a dedicated teacher. He was an active member in the Faculty of Medicine and also was active in civic affairs. 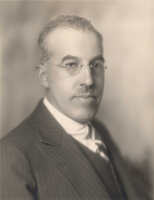 Dr. George C. Hale was born in Ottawa in 1885. He graduated from McGill with an M.D. in 1909. Interning at Montreal General Hospital for two years, Dr. Hale completed postgraduate work in London, Berlin, Munich, and Vienna.

He opened a practice in London, Ontario in 1913 and immediately began working at Western's medical school. He accepted a medical officer position in the 18th Battalion Canadian Expeditionary Force in 1915 but was injured. As a result he served as the Chief of Medicine in the Canadian Military Hospital at Taplow and Brighton during his recuperation.

Dr. Hale resumed his practice and teaching in 1920 and was promoted to full professorship in 1925. Retiring in 1944, Dr. Hale was awarded the LL.D. honorary degree from Western in 1952. 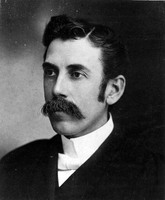 Dr. F. T. Harrison was born in Milton, Ontario in 1860. He obtained his Doctor of Pharmacy Degree from the Chicago School of Pharmacy. From 1881 to 1891, Dr. Harrison taught at the Ontario College of Pharmacy until accepting a position as a Public Analyst with the Board of Health in London, Ontario.

In 1892, Dr. Harrison accepted a teaching position with Western University and taught Practical Chemistry until his death in 1903. 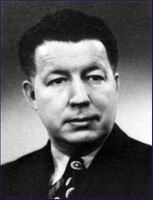 Dr. G. Edgar Hobbs was born in Toronto in 1907. He attended the University of Toronto and graduated with a degree in medicine in 1933. He also received a silver medal. Following graduation, Dr. Hobbs interned at Toronto General Hospital and subsequently took a position for a year at Ontario Hospital and two years at Toronto Psychiatric Hospital. In 1937 he completed a degree in psychiatry at the University of Toronto. Dr. Hobbs became an instructor of psychiatry at Western and the Director of the Mental Health Clinic at Ontario Hospital in London. 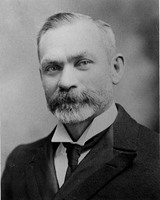 Dr. George Hodge graduated with an M.D. from Queen's University. He opened a practice in Mitchell, Ontario before studying abroad in Vienna and Great Britain. Dr. Hodge opened a practice in London and became a Professor of Materia Medica and Clinical Medicine at Western's Medical School until his death in 1908.

Dr. T. K. Holmes, Chatham physician, gave special lectures with Dr. G. A. Tye on renal and respiratory diseases from 1890 to 1892. Although they were offered more permanent positions with the Faculty, Dr. Holmes and Dr. Tye discontinued their lectures due to the inconvenient travel arrangements between London and Chatham.