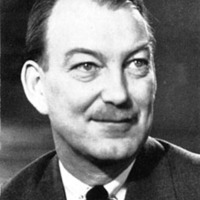 Dr. George Edward Hall was born in Lindsay, Ontario in 1907. He completed a B.S.A. degree in 1929 from the Ontario Agricultural College, now a part of the University of Guelph. Dr. Hall completed graduate studies work at the University of Toronto and completed an M. A. in Biochemistry in 1931, an M.D. in 1935, and a Ph.D. in Physiology in 1936.

Dr. Hall accepted employment at the University of Toronto as a Research Associate, Assistant Professor, and Associate Professor before joining the Canadian Armed Forces in 1939. He also served in 1945 in the medical services of the Royal Canadian Air Force where he studied the effects of high altitudes on pilots. For his work in the development of oxygen equipment and protective clothing for pilots, Dr. Hall was awarded the Legion of Merit by the United States Government.