Dr. John R. Armstrong was born in Alvinston in 1879. In 1903 he graduated from Western with an M.D. and interned at Victoria Hospital and St. Joseph's Hospital. Dr. Armstrong held a practice in Oil Springs before training at Manhattan Eye, Ear, and Throat Hospital in 1918. In 1920 he established a specialty practice. Dr. Armstrong was appointed an instructor at Western in 1922.

In 1946, Dr. Armstrong was appointed Professor of Ophthalmology and Otolaryngology. He performed departmental administrative duties jointly with Dr. Brown until his retirement. 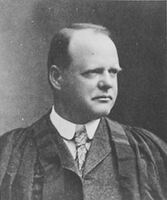 Dr. James D. Balfour was born in Perth County in 1857. He taught public school before completing his M.D. at Western University in 1887. He completed postgraduate work in Scotland and was quickly appointed Superintendent of London General Hospital in 1888. In 1892 he accepted a position at Western where he taught diseases of children. Dr. Balfour continued practicing medicine and opened his own practice in 1902.

Dr. Norman H. Beal was born in London in 1880. He graduated from Western University with a medical degree in 1906. Dr. Beal completed postgraduate work in London, England and returned home to open his own practice in 1908. He accepted a position with the Faculty of Medicine in 1908 and taught Histology and then Surgery in 1913. In October 1918, Dr. Beal died of pneumonia. 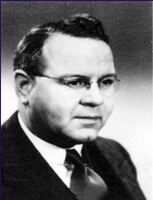 Dr. Francis S. Brien was born in Windsor, Ontario in 1908. He studied medicine at the University of Toronto. Taking an internship at Toronto General Hospital, Dr. Brien completed postgraduate work at London Hospital in England. He opened a practice in Windsor in 1937. In 1942 Dr. Brien joined the No. 10 Canadian General Hospital in England and Northwest Europe for three years.

Dr. William J. Brown was born in Lindsay in 1878. He studied medicine at Trinity College and graduated in 1901. He opened a practice in Lindsay and served during WWI at Shorncliff Hospital in Folkestone, England. Upon his return, Dr. Brown established an eye, ear, and throat practice in London in 1921 and received an appointment as an instructor with the Faculty of Medicine.

In 1920, Dr. Bullard was invited by Dr. McKibben to become a Professor of Pathology at Western. He then accepted an assistant position in pathological anatomy at the Mayo Clinic in the summer of 1925. Dr. Bullard resigned to become Director of Laboratories at St. Vincent's Hospital. Dr. Bullard held many other positions in Rochester, New York, Bethesda, Maryland, and Wooster, Ohio before his death in 1954. 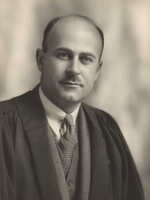 Dr. Eldon D. Busby was born in 1894. He graduated from McGill with a B.A. in 1913 and then attended Harvard Medical School. He joined the Harvard Surgical Unit and went to France during WWI. Upon his return, Dr. Busby studied in Ann Arbour for 5 years and had an appointment at the University of Michigan in Western's Department of Surgery.

He opened a practice in 1923 in London and also accepted an Assistant Professor position with the Department of Surgery. In 1933 he was promoted to Associate Professor and became Professor of Genitourinary Surgery in 1945.

Born into a family of doctors, Dr. James B. Campbell graduated from Western's Medical School in 1898 after completing a B.A. and M.A. degree. Dr. Campbell assumed his father's London practice and was known to Victoria Hospital's nurses as the "Midnight Express" as he was constantly in a hurry to see patients.

Dr. Campbell joined the Faculty of Medicine in 1903 where he taught physiology. He was well liked by the faculty and students who affectionately called him "Smiling Jim" due to his good nature and quick humour. 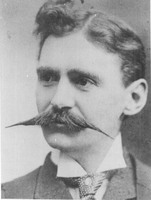 Dr. Charles A. Cline was born in 1866 in Belmont, Ontario. In 1899 he graduated with an M.D. from Western and received a gold medal. He initially continued his father's Belmont practice but eventually moved to London to open his own practice. In 1899, Dr. Cline accepted the position of Professor of Materia Medica and continued to be a faculty member for 13 years. 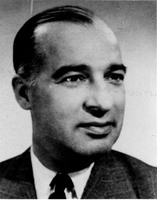 Dr. Theodore H. Coffey was born in Moncton, New Brunswick in 1905. He graduated in physical education from Harvard. He accepted a position as the Director of Physical Education and Athletics at the University of New Brunswick and also completed pre-med courses during his time at UNB. Dr. Coffey studied medicine at Queen's University in 1939 and then interned at Saint John's County Hospital in New Brunswick.

Dr. Coffey joined the RCAMC in 1939 and focused his career on physical medicine and rehabilitation. He served overseas from 1941 to 1945 as a consultant with the Canadian Army and accepted a position with Western in 1947 in physical medicine where he soon became Head of the Department of Medicine.

Dr. Coffey acted as a consultant to Westminster Hospital and Veterans' Affairs. He continued teaching until his death in 1961.

John Dearness was born in Hamilton in 1852. He taught in schools around London before teaching at Western's Medical School. In 1874, Dearness accepted a position as a principal and was appointed Inspector of Public Schools for Middlesex two years later. In 1888, Dearness accepted an appointment as Chair in the Medical Faculty where he also taught biology. Receiving a B.A. in 1902 and his M.A. in 1903 from Western, John Dearness was one of the only faculty members without a medical degree.

An intelligent and passionate scholar, Dearness made botanical collections until his interests turned to etymology. Publishing books and papers on the subject of fungi species, Dearness was the Associate Editor of Mycologia from 1909 to 1930. John Dearness died in December of 1954.