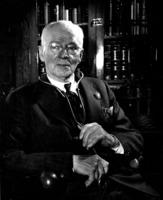 Made shortly after outbreak of World War I, Western University’s initial offer to establish a hospital unit for overseas service was declined by the government. In March, 1916, Dr. Seaborn, Dr. McCallum and Dr. Beal, on behalf of the Medical Faculty, requested that the University renew its offer. Appointed by the Board of Governors to present the offer, President Braithwaite and Dr. Seaborn met with A.E. Kemp, Acting Minister of Militia, in Ottawa on March 22. The War Office accepted the offer to furnish a 400-bed hospital on April 28, 1916.

The Board of Governors named Dr. Seaborn commanding officer of the No. 10 Canadian Stationary Hospital on May 2, 1916. A committee consisting of Braithwaite, C.R. Somerville, Dr. McCallum and J.W. Little, was appointed by the Board to assist Seaborn in the selection of the medical and nursing staff.

The unit embarked for England in July and August, 1916. While many of the original members were dispersed to other facilities, Seaborn and the remaining personnel assumed the operation of hospitals in Sussex before proceeding to Calais, France in December, 1917. While in operation, the No. 10 hospital treated more than 16,000 patients. Demobilized in April, the unit returned to London in May, 1919. 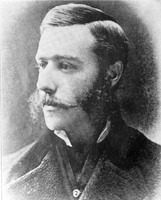 Graduating from McGill University in 1873 with a degree in medicine, Dr. John A. Stevenson entered into a practice with Dr. J. M. Fraser in London, Ontario. Dr. Stevenson was in attendance at the initial meeting discussing the opening of the Faculty of Medicine at Western and he became the first Registrar of the Faculty and Professor of Therapeutics and Toxicology.

Dr. Stevenson's life was cut short due to tuberculosis. He died in January of 1883. 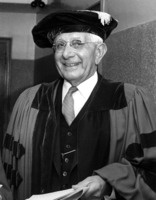 Born in 1889, Dr. William P. Tew taught elementary school before entering medical school. Dr. Tew graduated from the University of Toronto in 1916. In 1919 he was commissioned as Surgeon Lieutenant in the Royal Navy, Dr. Tew completed postgraduate work in obstetrics and gynecology before opening a practice in London in 1920.

In 1927 he accepted an administrative position in the Department of Medicine. He also worked as an instructor of obstetrics and gynecology until his promotion to full professorship in 1936. 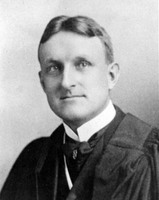 Dr. William J. Tillman was born in London, Ontario in 1876. He graduated with a gold medal from Western's Medical School in 1898. Upon his graduation, Dr. Tillman opened a general practice in London where he became known for his kind and friendly demeanor.

Dr. Tillman began his teaching career at Western's Faculty of Medicine in 1903 as an instructor of practical chemistry. Taking time in 1908 to complete postgraduate work in pediatrics in London, England, Dr. Tillman returned to London, Ontario to continue his practice and teaching duties. In 1920 he took the position of Professor of Pediatrics and in 1938 he retired from the Faculty. Due to his work as a Professor of medicine, Western University conferred Dr. Tillman an honorary LL. D. degree in 1948. 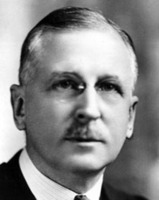 Dr. Septimus Thompson was born in Strathroy in 1876. He obtained his M.D. from Western in 1900. After interning at Victoria Hospital, Dr. Thompson practiced medicine with his brother in Strathroy for two years. Taking three years of postgraduate work at the Manhattan Eye, Ear, Nose and Throat Hospital, Dr. Thompson returned to London to teach ophthalmology and otolaryngology in 1907. In 1913 he accepted an Associate Professorship from the Department of Surgery and was promoted to full professorship in 1920.

He retired from teaching in 1946 and was later honoured with an LL.D. degree from Western University in 1949. Dr. Thompson died in 1956.

Dr. Earle M. Watson was born in Belmont, Ontario in 1895. He was the first professor of pathological chemistry at Western University. He graduated from Western's Medical School in 1919. Dr. Watson spent a year at the Institute of Public Health before traveling to the University of Sheffield to take a position in the Department of Physiology in 1920.

Upon returning to London, Dr. Watson took a position in clinical chemistry and hematology until 1931 when he accepted a position in the Department of Pathological Chemistry. He was appointed a full professor in 1934. 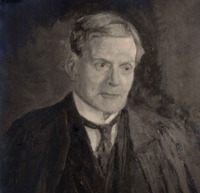 Dr. William E. Waugh was born in London in 1851. He studied medicine at McGill University where he received a prize in dissection. He started a practice in London in 1872 but soon abandoned it to take over another doctor's practice when the doctor became ill.

At the inception of the Faculty of Medicine in 1882, Dr. Waugh became the Chair of Anatomy before becoming the Chair of the Principles and Practice of Surgery in 1886.

Dr. Waugh accepted the appointment of Professor Emeritus, bursar, and received an honorary LL.D. degree. He died in 1936. 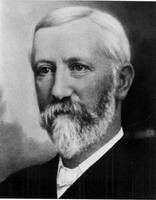 Dr. William J. Weekes graduated from Western's first medical class in 1886. He opened an office in Thorndale before moving back to London eight years later. His brother G. N. Weekes, a lawyer in London helped, to formulate Dr. Weekes' interest in medical jurisprudence. Dr. Weekes became an expert in the court on medical matters. Dr. Weekes taught at the Faculty of Medicine for 25 years while maintaining a London practice. He died in 1945 at the age of 90.

Dr. Ernest L. Williams was born in Ottawa in 1874. He graduated from Western's medical school in 1898 and opened a practice in London in 1899. In 1903, Dr. Williams accepted an appointment with the Faculty demonstrating in Anatomy. In 1910, he accepted the rank of Professor and taught anatomy until 1913 in addition to lecturing in sanitary science from 1907 to 1912. Dr Williams was also an Assistant Professor of Obstetrics and Gynecology from 1913 to 1924.

He continued to practice medicine until he was 80. Dr. Williams died in 1965.

Dr. Hadley T. Williams was born in Devonshire, England and came to Canada while still a child. He completed his M.D. at Western in 1888 and accepted post graduate work in England where he was the first doctor from London, Ontario to qualify for the Fellowship of the Royal College of Surgeons (F.R.C.S) a professional qualification allowing Dr. Williams to practice surgery in the British Isles.

Dr. John Wishart was born near Guelph. He began his career as an educator at a rural school. He accepted an apprenticeship under Dr. Abraham Groves in Fergus, Ontario and then decided to change his career and entered Trinity College Medical School where he received his M.D. in 1871.

After completing postgraduate work in England and Scotland, Dr. Wishart accepted a two year position as a surgeon on ships traveling between London, South Africa, India and Australia. He returned to London, Ontario in 1875 and practiced medicine in partnership with Dr. F.R. Eccles. Demonstrating anatomy at Western's Medical School, Dr. Wishart was quickly elected Chair of Clinical Surgery in 1883 and maintained the position until 1911.

He was also one of the founders of the American College of Surgeons. Dr. Wishart died in 1926.