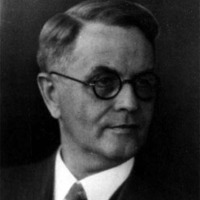 Dr. Frederick J. H. Campbell was born in Clinton, Ontario in 1886. He attended Western and graduated with a B.A. in 1912. He studied teaching but soon changed his mind and graduated with an M.D. in 1917. After interning at Hamilton General Hospital, Dr. Campbell opened a practice in London.

Dr. Campbell accepted positions in anatomy and medicine at Western in addition to administrative duties with the Department of Anatomy. He completed additional work at the Chicago Lying-in Hospital, the Children's Memorial Hospital in Chicago, and London Hospital in London England. In 1926 he was promoted to Associate Professor and served as Dean from 1934 to 1944.