Nursing Education in the Mid-Century 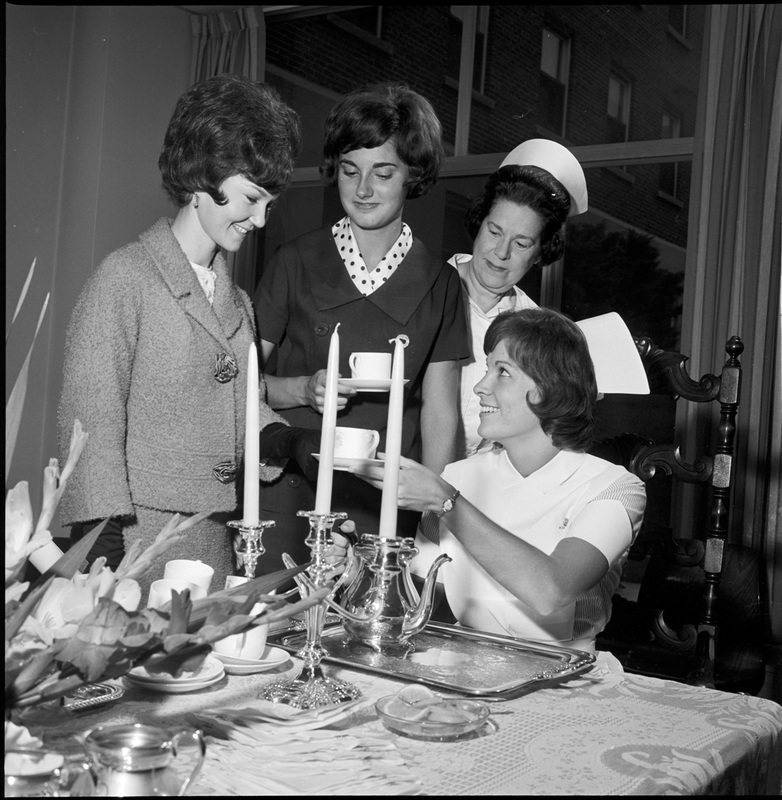 The School of Nursing continues to expand in the middle of the twentieth century, first with the introduction of a psychiatric nursing program, developed in cooperation with the Department of Veteran Affairs. Two years later in 1953, an advanced standing BScN is offered for registered nurses who have completed grade 13. The next year, the two certificate programs are changed to be diploma programs, seeing the CIN changed to the Diploma in Nursing Education (DNE) and the CHA changed to the Diploma in Public Health Nursing (DPHN). By 1956 another diploma is offered with a focus in nursing service administration. The diplomas are eventually eliminated, starting with the DPHN, which is slowly phased out starting in 1965. In addition to traditional educational programs, the School of Nursing starts offering seminars to senior nursing executives starting in 1963 and a clinical training program in 1972. 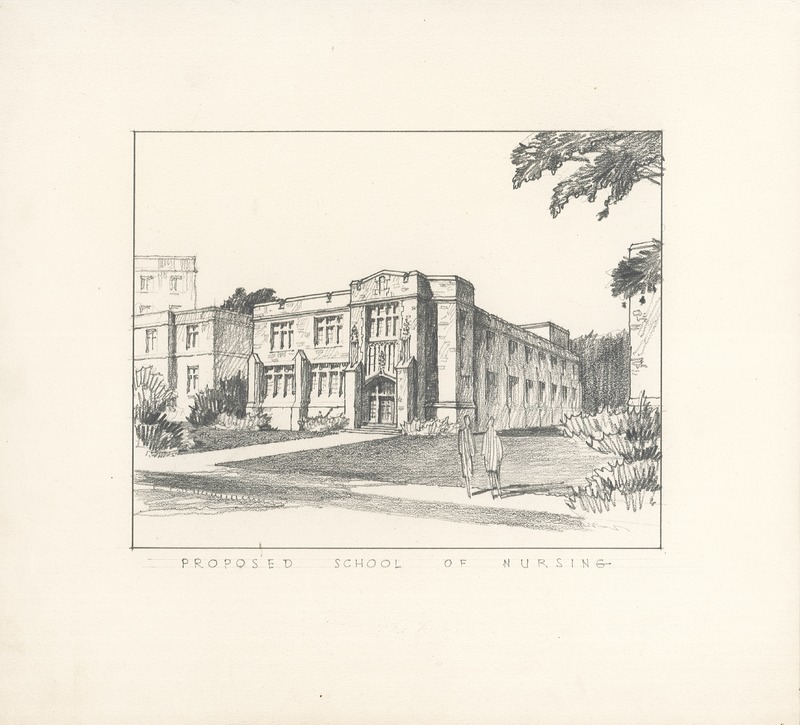 At the time there were no Canadian graduate-level programs in Canada. As a result, nursing educators are forced to further their education in the United States. In response, the University Senate approves the creation of a Master of Science in Nursing (MScN) program in 1959. That same year the Kellogg Foundation grants the School of Nursing with $142 000 to develop it the new program. Applicants to the program are required to have a BScN, BA, or BSc, one year of post-graduate experience, and graduation from an approved hospital school in nursing. In addition to coursework, graduates of the program are required to write a thesis. Zina Hopwood and Sister Mary Elizabeth Campbell are the first students to enter the program. Subsequently, Campbell becomes the first person in Canada to receive an MScN from a Canadian university. In 1966, the School of Nursing offers a MScN in nursing education to train future nursing educators after a study done by the Royal Commission on Health Services reveals that less than 2% of nurses in Canada hold a graduate level education. 1966 also saw the roll-out of a twenty-five-student pilot class for a four-year integrated BScN degree that would be fully controlled by the university. The program receives over two hundred applicants in its inaugural year. The change in credentials for registered nurses causes the School to launch a BScN the next year for registered nurses that needed to upgrade their education.

The creation of the graduate program saw the research program at the School of Nursing beginning to form. Western's School of Nursing becomes the first school in Canada to publish a book on nursing administration case studies for educational use, entitled Case Studies in Administration. By 1970, 25% of patient care research and 100% of nursing education research in Canada is completed at the University of Western Ontario.

The post-war period and the relocation to the main Western campus saw the nursing students taking a more active role in social activities on campus.  The nursing students hold their first formal during the 1955-56 academic year at the Cobblestone Inn, that same year the nursing students win both the top float at Homecoming and the blood drive when 69% of their class show up to give blood. 1957 saw the inaugural year of the nursing student's own publication The Nursing News, which is briefly published on a bi-monthly basis. Tachycardia, put on by both students in the School of Nursing and medical school at Western, starts in 1959 and continues to this day. In 1987, the students form the U.W.O. Honours Society of Nursing, making it both the first international and Canadian chapter of the Sigma Theta Tau International Honor Society of Nursing by 1988.