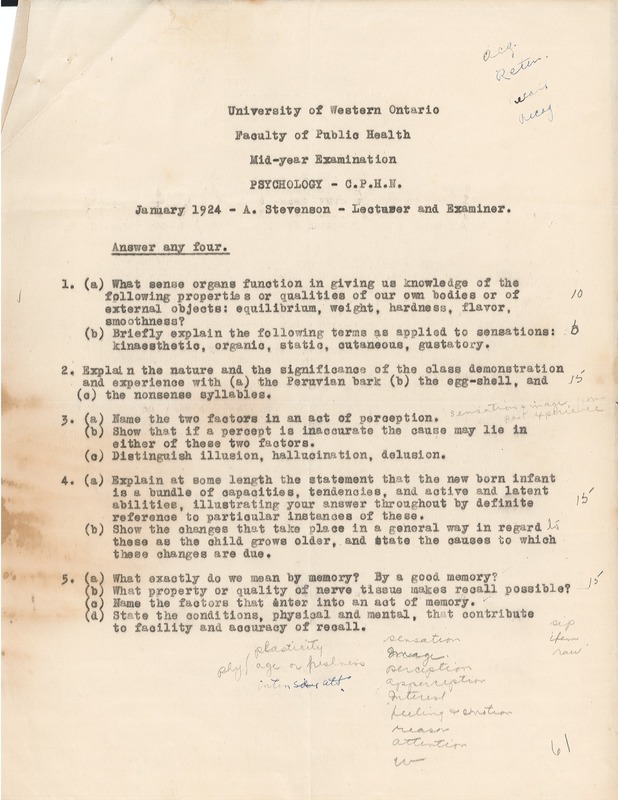 Western University first attempts to create a nursing program in 1915. Though four nurses initially enrol, the program is cancelled due to the strain created by the First World War. It is another five years until the nursing program is relaunched in 1920 with a Certificate of Public Health offered through the newly created Faculty of Public Health. Eight students enrol in the first year. The certificate is aimed at nurses who have already graduated through a hospital nursing program. This continues to be the case through the ensuing decades, as nurses are initially trained in hospitals before continuing their education at a university to gain a broader skill set.

The Bachelor of Science in Nursing is first approved by the University Senate in 1923. The new nursing program requires students to complete two and a half years of hospital training, two years of general arts training, and another year of training in public health nursing.  Though the program initially focuses on public health nursing, hospital administration and nursing instruction are added as specializations for the last year of the program in 1925. That same year Western also begins offering the Certificate of Instructor in Nursing (CIN) and Certificate of Hospital Administration (CHA). 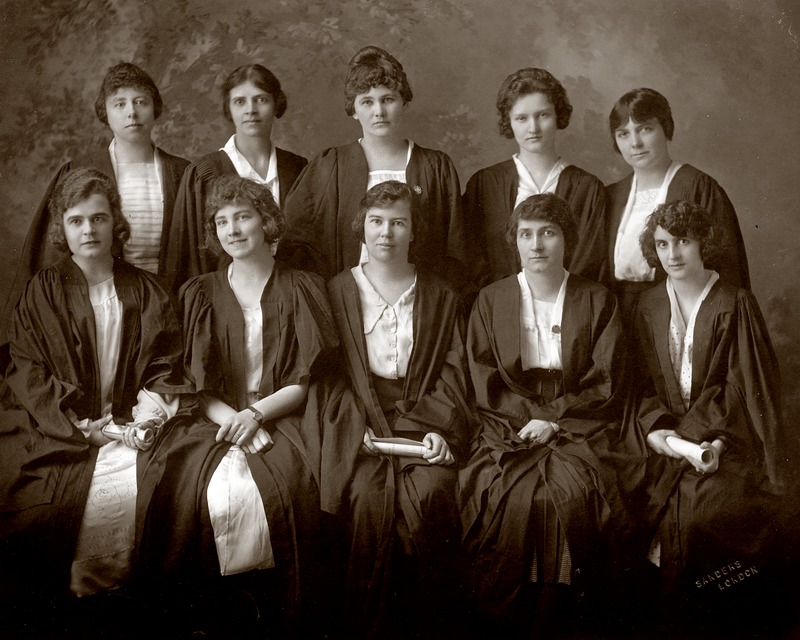