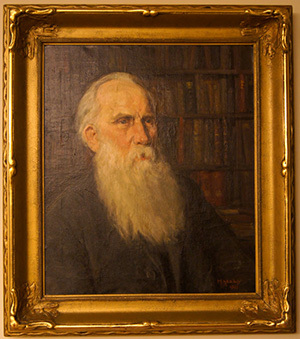 John Davis Barnett was born in December of 1849 in England. Not a lot of information is known about Barnett's childhood other than his family's close association with the early railway development that was taking place in England. In 1866, Barnett came to Montreal, Canada as a draughtsman, and continued to work for the Grand Trunk Railway until his retirement in 1902. After his retirement, Barnett traveled in England and the United States, and then moved to Stratford, Ontario to live with family.

In 1922, Barnett suffered a fall and a series of strokes that left him paralyzed, and he passed away 21 March 1926, leaving his entire estate of $5098.29 to Western Libraries to further the library. 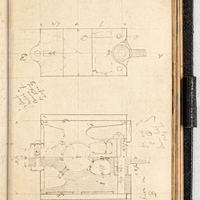 Although Barnett is mostly remembered as a beloved bibliophile, the founder of Western Libraries, and Western University's first librarian, his career in Canada was primarily that of an engineer for the Grand Trunk Railway. Many of his notebooks contain mechanical diagrams, and his journals center around his experiences with train trips throughout Ontario.

In England, Barnett's family was closely associated with the early development of the railway. When Barnett came to Montreal, Canada, it was to work as a draughtsmen. Barnett worked for the Grand Trunk Railway for over 30 years in numerous positions including: Chief Draughtsmen, Engineer, Master Mechanic, and Mechanical Superintendent. He retired in Stratford, Ontario in 1902. 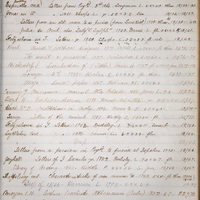 When Barnett first came to Canada in 1866, he had less than 20 books. However, working for the Grand Trunk Railway allowed him travel throughout eastern Canada collecting books.

Barnett's collection process was extensive and thorough. Almost every book in his collection contains his signature, a number corresponding to a journal entry, and his bookplate.  While some books do not contain all of these features, the vast majority do, and some even include extra details about the purchase.

The books are numbered according to when he purchased them, and reference an entry in an accession journal. The accession journals are organized by subject headings such as 'History, General', 'Epic Poetry', and 'Music'. The entries contain the author's name, title, dimensions of the book, and the number assigned to the book. Glancing through the headings it becomes clear that Barnett collected widely. 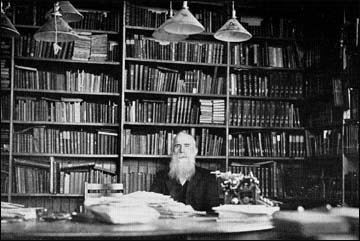 In August of 1917, Barnett wrote in the Ontario Library Review that he "know[s] of some forty-off thousand books that are ready to serve as the nucleus of such a national collection".  This desire is reflected in his collection, which contains books on a variety of topics, as well as in his donation to Western University which was made with the condition that the books be available to everyone.

After a meeting between Barnett,  long-time friend Fred Landon (a librarian at London Public Library), and C.R. Somerville (the Chairman of the Board of Governors of Western University) in 1918, Barnett decided to donate his collection to Western University. The donation totalled over 40 thousand volumes and many thousands of pamphlets, making it the single largest gift ever received by a Canadian library. 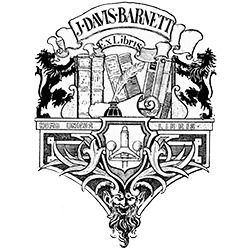 Upon donating his collection to Western University, Barnett was awarded a Doctorate of Laws in 1919, and moved to London to act as Western's first librarian and curator of the collection.  Landon, in a paper delivered after Barnett's passing, described Barnett's university involvement as follows:

He joined a small reading circle which met fortnightly to read plays. He took part in one or more dramatic performances. He attended student functions at the University, enjoying the music and the color of the young people’s parties. He had several intimate friends in the University faculty and at the library he had a constant succession of visitors to whom he was always ready to show his treasures.

Barnett's legacy continues at Western University; his desire for everyone to be able to access his library has prompted this digitization project to further extend the reach of his collection.